Two Rivers Shopping Park in Staines is a 35,300m2 prime retail and leisure scheme jointly owned by client monies from Aberdeen Asset Management and M&G Real Estate, both committed to responsible property investment. Aberdeen acts as the asset manager for the joint venture and Workman as managing agent.

Aberdeen gave Workman a mandate to deliver sustainability initiatives as part of its broader approach to Responsible Property Investment. The Two Rivers team implemented a range of initiatives, supported by Workman’s Environmental and Sustainability team.

The river is a major feature of the Two Rivers scheme. The Centre team and Eco Landscapes manage the area for both biodiversity and appearance, e.g. avoiding over-maintenance of the river bank, where a pair of swans build their nest each year. The team monitors the swans and keeps in touch with the regional Swan Sanctuary for support. They also put up posters and social media posts about the swans, which attract interest. In addition, the team has created several green areas around the scheme.

Two Rivers is easily accessible by bus, train and bicycle and there are cycle spaces across the scheme. The Centre team installed electric charging for two cars in 2010 through Pod Point, which offered the most user friendly and affordable option. There were technical issues with this early model, e.g. when two cars tried to charge simultaneously. However, the pods have now been upgraded and customer usage has picked up significantly, so the team is looking to install more pods.

Two Rivers is implementing a phased LED lighting replacement programme. 20% of lights and fittings have been replaced with more efficient technologies, with a further 20% to follow this year and the remainder in the next two years. In addition, new car park equipment reverts to sleep mode when not in use, saving power. 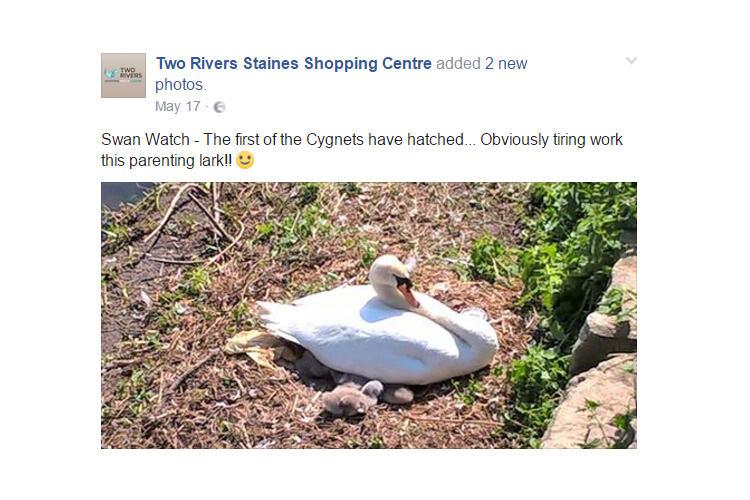 How to get retailer buy-in for recycling?

It can be challenging on a multi-occupied scheme to manage operations to meet the needs of all retailers. When the Two Rivers waste management scheme launched in 2010, most of the retailers already had their own schemes, often organised at a head office level. Existing retailers were given the opportunity to join, whilst new retailers moving to Two Rivers were automatically signed up. The Centre Manager engaged with store and restaurant managers individually on the benefits of the scheme including financial savings, service yard improvements and environmental savings. She also expanded the waste streams to meet retailer needs. 23 out of 65 retailers now participate. Cleaning partner Facilicom carries out daily collections for participating retailers.

Having gained the buy-in of store and restaurant managers, the site team made the scheme as straightforward as possible and put clear signage on all bins. This is important as retail outlets can have relatively high staff turnover. The Centre team and waste contractor Environmental Solutions also monitor waste data and carry out regular audits to pick up any issues that they then flag with retailers. For instance, a recent audit highlighted that some restaurants were contaminating recyclable waste with food waste. The contaminated waste could no longer be recycled and had to be compacted, which is more expensive. Restaurant managers were informed about the contamination and the impacts this has, doubling compactor collections and increasing monthly costs by over £500. Restaurant managers then worked with their teams to address contamination.

How to ensure that waste data is accurate?

Centre teams often rely on data provided by the waste contractor, which they then share with the client and occupiers. In the early days of the scheme at Two Rivers, a waste audit revealed that the waste data was inaccurate. As a result, the team chose to switch contractors, which has improved accuracy. For ongoing quality assurance, the team monitors the number of bins emptied for a particular waste group, such as glass, to ensure the accuracy of the reports.

How to make the financial case?

When the waste management scheme was launched in 2010, the financial case was partly based on the rebate values of cardboard and plastic. However, rebate values have constantly fluctuated over the years, affecting financial returns. In addition, new arrivals at Two Rivers have predominantly been food and beverage brands, which generate large quantities of food waste. Therefore, the financial case for recycling now focuses on waste disposal cost savings rather than rebates. For the LED lighting replacement programme, it was agreed to replace bulbs through a phased programme to spread the capital costs over time. 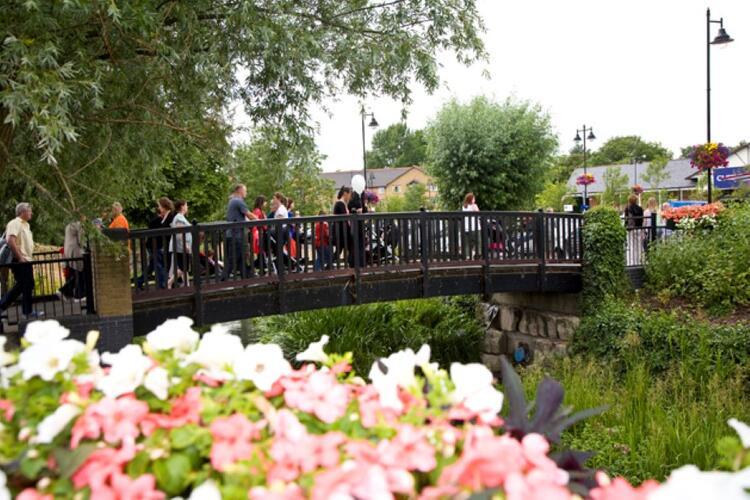 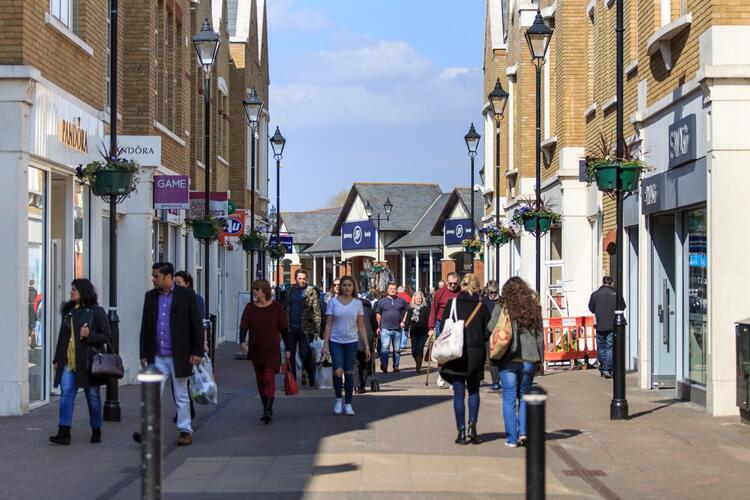 “There is a general perception that you can’t easily implement sustainability at retail parks. However, the success achieved at Two Rivers shows the sustainability results that can be achieved by a committed management team working closely with retailers.”