UK Government provide guidance on the implementation of MEES

With the long awaited Minimum Energy Efficiency Standards (MEES) regulations due to come into effect in just over a year, the UK Government have finally released additional guidance as to how these will be applied and enforced in England & Wales.

It is has been known for over 5 years that in England & Wales any property with an EPC rating of less than E will be prevented from being let post April 2018. The guidance published in February classifies F and G rated properties as “sub-standard”. This term appears to be intended to emphasise the importance of the MEES regulations as it is not a term which is likely to be welcomed by the industry, or at least those who currently own or occupy such buildings.

The guidance makes it clear that the regulations will initially apply whenever a new letting or renewal takes place, and that they will be extended to cover existing leases from 2023. If a landlord (or a tenant looking to sublet) proceeds with a letting or renewal on a sub-standard property then fines of up to £150,000 can be enforced. These fines are to be linked to business rates and are capped at 10% but the question still remains as to how effectively this will be enforced; to ensure industry compliance and therefore act as a real catalyst for improvement in the efficiency of existing buildings.

The question of enforcement also needs to apply to who is responsible for producing the EPCs. There is a significant lack of confidence from occupiers, landlords and funders with regards to the accuracy of historic EPCs, which had been less of an issue up until the introduction of MEES.  Desktop reviews carried out by CBRE indicate that up to a third of some portfolios are currently misrepresented as being sub-standard.  This could have (1) a massive impact on a landlord’s ability to effectively manage a property, and (2) a potential knock on effect on value and funding.  A government consultation took place in 2016 to look to reinforce processes used to regulate EPC assessors, which advocated the introduction of “Smart QA”, whereby a more targeted approach is used to ensure the correct level of assessments are being conducted and by the correct quality of assessor. This approach is welcomed but it doesn’t deal with the historic issue that has been allowed to build up over the past 9 years, which will have a material impact on how assets are managed.

The impact of the regulations is already being felt with investors and funders looking to manage risk either through recertification or planned improvement works. The uninformed players in the market run the risk of being left with sub-standard assets that will prove challenging and time consuming to manage in the short to medium term.

Clarity has also been provided around the various time-limited exemptions that can be applied, to avoid being impacted by the minimum standard. Any sub-standard asset that cannot achieve the minimum level of performance, after all cost effective improvements have been undertaken, can apply for a 5 year exemption. This will need to be recorded on a central register along with supporting evidence from a qualified expert. Similarly if it can be proven that the improvements will have a negative impact on value then an exemption can be applied.

The final and most significant category is that of exemptions due to failure to obtain third party consent. In this instance a 5 year exemption can be applied to substandard building if elements of the improvement work require consent from an interested party. Depending upon the nature of the works this might include local authorities, superior landlords or tenants. If any of these 3rd parties refuses consent then that element of the improvement works can be deferred. There is an obligation for all reasonable endeavors to be made and documented to demonstrate compliance and it is important to note that while this means the affected works are exempt it doesn’t apply to other improvement works that don’t require consent from being completed.

The positive intent of the legislation is that it will encourage an increased level of engagement between parties around the subject of energy efficiency, and may lead to a beneficial approach being adopted whereby improvement works can be completed with tenants in situ and part funded through a lease regear.

Again, the policing of this system will be complex and enforcement will be key to ensuring compliance. Factors such as change of ownership or the removal of third party interest (e.g. the tenant who objected leaves the property) will mean that any previous exemptions are no longer valid, and it is still not clear how this will be tracked or policed.

In summary, there will be a large degree of market-driven enforcement of the regulations – with investors and funders looking to limit their exposure through enhanced due diligence and leasing – but the government and accreditation bodies will need to step up to ensure that the proposed regulations have the intended impact of significantly improving energy efficiency across the existing building market.

It is important to note that Separate legislation (section 63) exists in a Scotland whereby any property which doesn’t meet an efficiency standard equivalent to  the 2002 Building Regulations it is legally required to commit to a specific action plan of improvements before a transaction takes place.

This article was originally posted on The Green Perspective CBRE website. 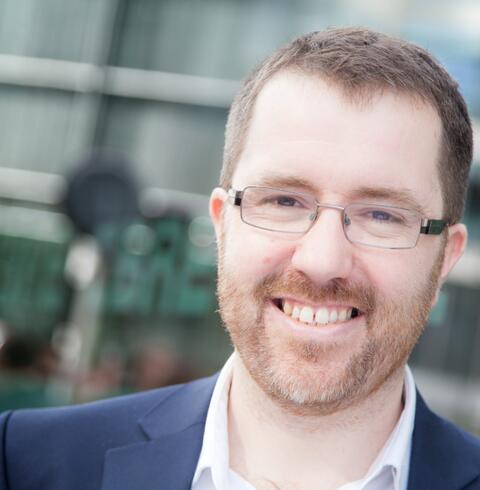