One Million Bees Create a Buzz at Westcott Venture Park 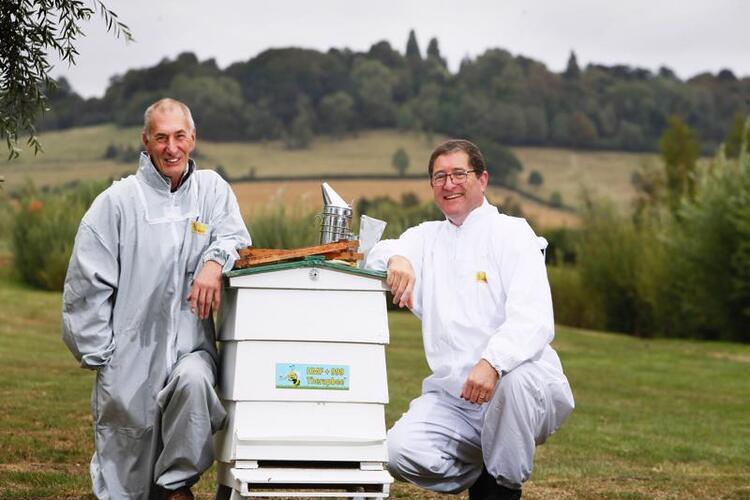 At Westcott Venture Park in Buckinghamshire, Park owner PATRIZIA and managing agent Lambert Smith Hampton are working with local partners to rehouse a million bees in the Park. Occupiers have welcomed the venture, which supports the Pollination for the Nation programme to encourage bee habitation, run by Park occupier BeesKnees Property Services. The new hives have also helped get a new mental health initiative off the ground, TherapBEE, offering therapeutic beekeeping sessions to former military and emergency services personnel who live locally.

Opening up opportunities for occupier and community engagement

Westcott Venture Park is a 650-acre business park in Buckinghamshire, home to over 80 companies. It is owned by PATRIZIA Hanover Property Unit Trust and managed by Lambert Smith Hampton.

Westcott offers large natural spaces, where biodiversity can flourish. In 2015, around 10,000 trees and shrubs were planted across the Park in collaboration with the Woodland Trust, creating a native woodland area and space for species such as newts, bats, butterflies and owls to thrive.

To further enhance biodiversity in and around the Park and create new opportunities for occupier and community engagement, Lambert Smith Hampton is working with local partners to introduce 25 beehives and rehouse one million bees on the Park.

Bees are a linchpin in nature and modern agriculture. Not only do they pollinate trees, whose oxygen we breathe and which mitigate the climate crisis, they also pollinate a third of the food we eat and 80% of flowering plants. Without natural pollination, it would cost UK farmers an estimated £1.8 billion per year to manually pollinate their crops.i Despite their importance, bee populations are in dramatic decline and urgent action is needed.

Lambert Smith Hampton partnered with one of the occupiers on the Park, BeesKnees Property Services, which provides environmentally friendly pest control services and runs a Pollination for the Nation programme to encourage bees and help reduce their alarming decline in numbers. This includes removing unwanted bee colonies and rehousing them in appropriate natural settings. BeesKnees welcomed the opportunity to rehouse bees on the Park and agreed to oversee the operation, caring for the colonies.

Lambert Smith Hampton created supportive habitats for the beehives at Westcott, sowing wildflower seeds in the month before the bees arrived, with plans for more planting in the future. The first four hives and a colony of 20,000 bees were welcomed to the Park at a special event in September 2019. This was attended by partners and Park occupiers enthusiastic about the project. With the first colony successfully established, a further 21 hives and resident bees will be brought in from spring 2020. Honey produced by the bees will be available to buy in the Westcott shop to raise further funds to support the initiative.

The installation of the hives at Westcott also provided the launchpad for a new mental health initiative, TherapBEE HMF + 999. This offers therapeutic sessions for former military and emergency services personnel who help care for the bees, supported by volunteers. TherapBEE is run by the Pollination for the Nation team, in partnership with local swarm officer Brian Bush, HMF Sgt Barber and Westcott. Significantly, it links Westcott back to its early history as a training site for bomber crews in World War Two. 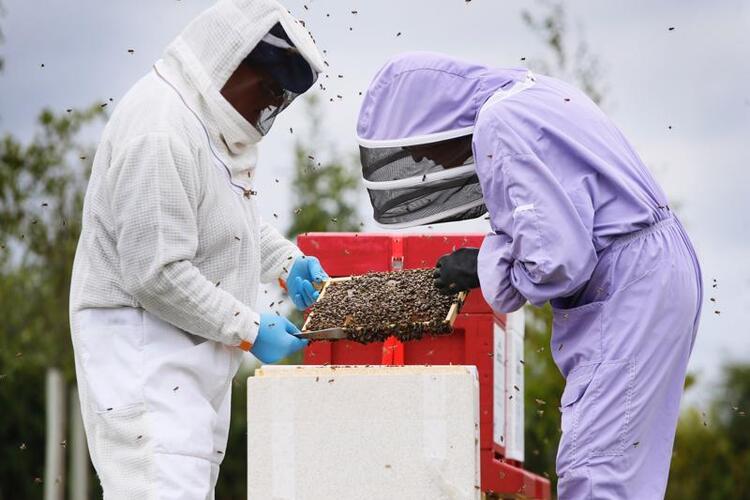 The beehives project supports PATRIZIA and Lambert Smith Hampton’s wider sustainability agenda at Westcott. Other initiatives on the Park include 10 acres of solar panels with 1.6MW capacity, generating around a third of the Park’s current electricity requirement and saving 4,900 tonnes of CO2 emissions in total since 2011. There are also plans to install a new 15MW solar array that will make Westcott the UK’s first carbon-negative business park.

Lambert Smith Hampton is actively looking to improve the biodiversity of other properties it manages and, building on the success of the Westcott pilot, is engaging with BeesKnees on potential projects at two additional parks. The team is also exploring new opportunities to use the Westcott beehives to engage with occupiers, local schools and community groups on ecology, including hosting educational experiences.

Colin Theobald of Lambert Smith Hampton: “Westcott is a place where sustainability is a commitment and not an aspiration. Working on behalf of our client PATRIZIA, we are delighted to help support bees which are so essential for life. Along with the environmental benefits, occupiers appreciate being able to work in such a natural environment, while many investors also now insist on strong ethical credentials.”

Jim Webster of BeesKnees: “It is amazing how things happen – for many years we have been the local forerunner in education and conservation on the importance of pollination and those little insects that help us humans through pollination. Westcott Venture Park has always been supportive in allowing us to re-home unwanted bumble bee colonies on the Park. So, when they asked if we would like to introduce beehives, we jumped at the chance, not only to put this invitation into action but also to launch the TherapBEE HMF + 999 programme.”

How can property owners support bees and pollination?

In 2019, a landmark UN Global Assessment Report on biodiversity warned that a million wildlife species were facing extinction at an unprecedented rate, including thousands of bee species. Urgent action is needed to look after these important pollinators. As PATRIZIA and Lambert Smith Hampton have shown at Westcott, business parks can do a lot to support bees and other pollinating insects. It is recommended to engage with local beekeeping associations early on to create and maintain the best conditions for bee colonies. The main costs are the beehives and personal protective equipment (beekeeping suits). The best time to establish new hives tends to be late spring, through to around September. After that, the weather becomes too cold and bees need to be settled. For colonies relocated from hard-to-reach locations, such as cavity walls, delaying the removal can increase their chances of survival, as bee numbers reduce over the winter and, with fewer bees to remove later in the season, there tends to be less aggravation and reduced deaths. As a starting point, even dedicating small areas to the preservation of nature, planted with wildflowers and grasses, can provide valuable food sources for pollinators, as well as creating a natural environment for occupiers to enjoy. 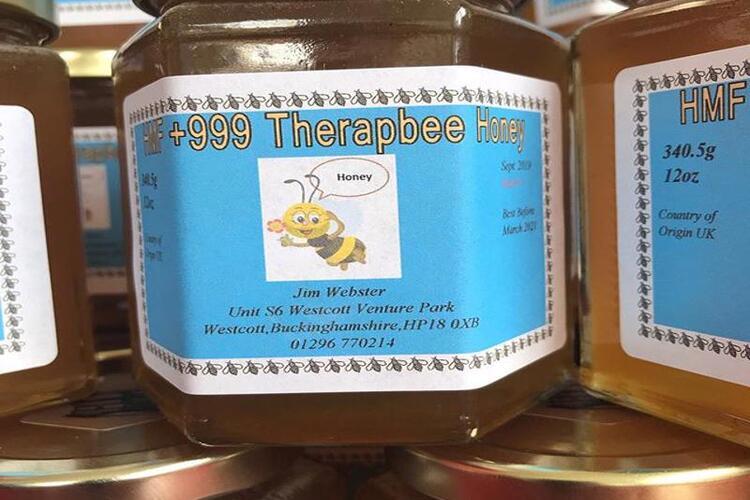 “Sustainability has become an integral part of Lambert Smith Hampton’s approach to property management. As property managers, we have an opportunity to help improve the biodiversity of our sites and we are delighted to have delivered the bees project in collaboration with PATRIZIA and occupier BeesKnees. Looking forward, we are hoping to use the project at Wescott Venture Park as a model for delivering more schemes that promote biodiversity across our managed portfolio, engaging with occupiers and local communities.”